Toxic Relationships—The most Dangerous Poison of All?


Poisons come in many forms, and psychological poison can be the deadliest.

This week I saw a tweet for a piece I wrote for Compose literary journal in June, 2013 where I talked about psychological poison—the kind that can kill relationships and destroy souls.

It was "the story behind the story" of  my poem, No One Will Ever Love Him, which Compose published in its debut issue in early 2013.

I hadn't read the piece since it came out. After reading it again, I realized it was about three different poisonous relationships:

1) The one I had with a talkaholic friend who refused to allow me to speak but was determined to monopolize my time.

2) The relationship she had with a narcissistic, philandering man.

3) The man's unresolved relationship with his long-dead, alcoholic mother.

Toxic relationships can be as lethal as any poison, but sometimes they can also inspire art, the way mine inspired this poem.

But I'm glad to say I'm finding healthier sources of inspiration these days.

First I should explain that I’m not really a poet. My muse seems to have a comfort zone of 60K-100K words. I’ve only had about twenty poems and short stories published over the last decade—most written before I was publishing novels.

No One Will Ever Love Him is included in my story and poem collection, Why Grandma Bought that Car, which came out with Kotu Beach Press in 2014. 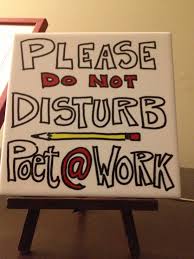 I didn't set out to write a poem that day. It kind of hijacked me. When a poem or flash-fiction piece comes to me, it often emerges as a whole, needing only a few alterations.

It will inevitably show up when I’m working on something longer or my focus is elsewhere.

Like a needy little kid, the poem will keep tugging on me until I give it the attention it needs.

This one emerged while I was on the phone. I’d been listening to a talkaholic friend complain about a bad boyfriend, which she did for hours nearly every day. She’d get home from work and dial my number and dump her complaints of the day on me. I became kind of an emotional garbage can for her. 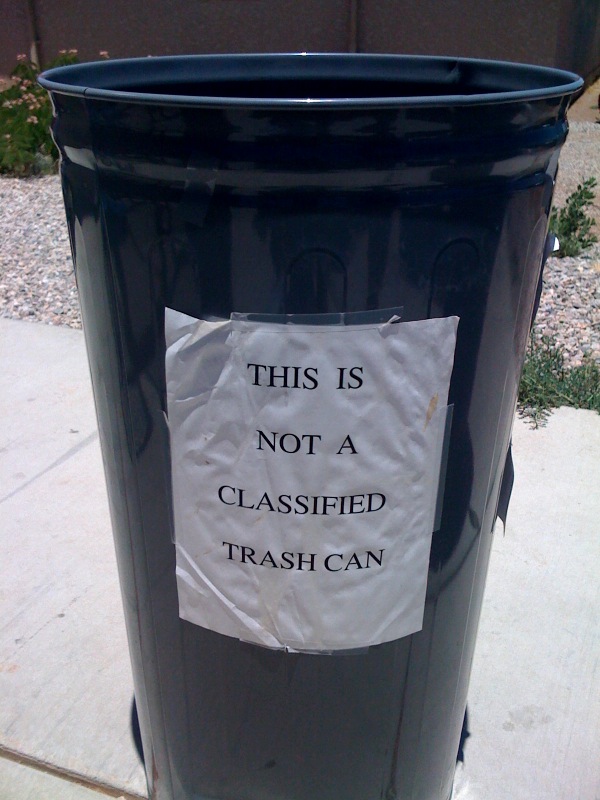 She had a lot of issues and I felt sorry for her. But the problem was she'd never reciprocate. She was incapable of listening to me. She probably knew what I was likely to say about her toxic boyfriend, and couldn’t bear to hear it. So she shut me up whenever I tried to comment on her monologues, or—heaven forfend—talk about what was going on in my own life.

She'd talk over me, hang up, or—weirdest of all—make fake "listening noises" that were often comically inappropriate. If I mentioned a friend had died, she'd say "Great! Isn't that wonderful!" and go on with her monologue. Or if I said I'd had a story published in a prestigious journal, she'd say "Oh, I'm sorry," and chatter away.

At first this seemed kind of funny, and I used to test it all the time, dropping in ridiculous things like "I have a date with Johnny Depp tonight!" (Response, "Awww. I'm so sorry") or "I have six weeks to live." (Response: "Fabulous!")

But after a while, this stuff took its toll on my psyche. It was like having duck tape put over my mouth for two hours a day. It started to make me doubt my own self worth and my sanity. It was like slow poison.

Like an idiot, I kept letting it happen month after month, thinking that someday it would be "my turn" to speak. (Yes, I tend to suffer from chronic Pollyannaism.)

She'd had a series of boyfriends who all seemed to have substance abuse problems combined with difficult-mother issues.

On this occasion, my friend told a story about how her bad boyfriend had abused a dog. It upset me a lot—and because she talked over me when I tried to respond, as usual—I wasn’t able to tell her what I wanted to say: "Run! You’re going to be next."

She nattered on about this man’s terrible childhood, and how she was the only one who could give Bad Boyfriend the love he'd never had.

"No one has ever loved him!" she kept saying.

"And no one ever will," I said when there was a tiny breathing space between her words. "Not the way he wants. Because he doesn't believe he’s lovable. Can’t you see how hard he’s working to create a self-fulfilling prophecy?"

She hung up on me.

I grabbed a piece paper and wrote the poem, No One Will Ever Love Him.

I also stopped taking her phone calls. That call was the moment when I realized that if I ever wanted to revive my writing career, I had to remove the things that were keeping me from success.

And number one was toxic relationships.

The hours I spent listening to the talkaholic were hours I could have been spending on my writing. For writers, time really is money, and she was stealing from me. And I had allowed it.

Also, being talked at every day by someone who has no respect for your work, your opinions, or your time can poison every aspect of your life.

I realized her daily calls left me feeling diminished and emotionally battered. I'd been sinking into depression, losing hope and confidence in myself.

This was because I was getting a daily dose of her poisonous message: "your words and ideas are worthless. Nothing you say or do has any value. You are only a listening device."

I had allowed myself to be the prey of an emotional vampire—because I was afraid of hurting her feelings.

But she had no compunction about hurting mine. In fact, I'm sure it never occurred to her that I had feelings.

So I turned all the energy I had been using to empathize with her and listen to her problems into my writing and my blog. Within a month of cutting her off, my blog stats exploded and I got three offers from publishers. and one from an agent. 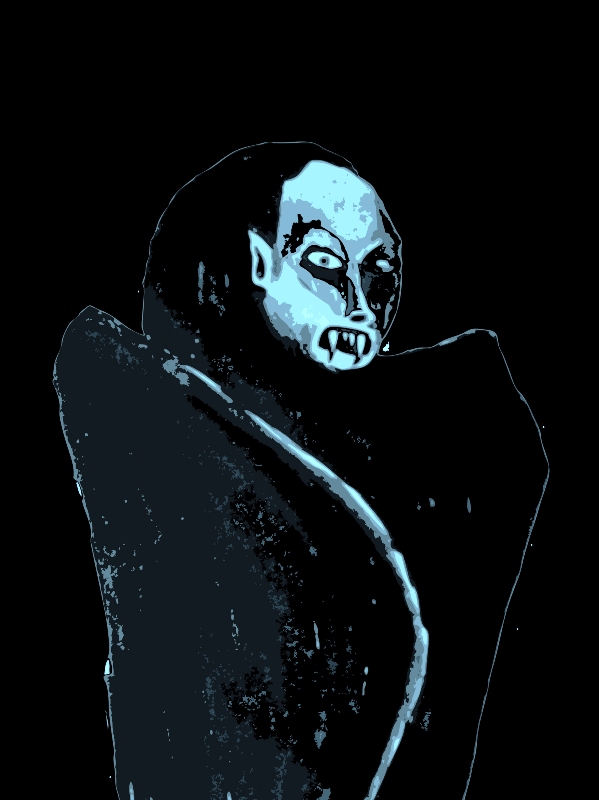 A year later I had two best sellers, making thousands of sales a week.

Just recently, I went back and looked at my journals from that time. I was amazed to see how long I spent writing about how that talkaholic "friend" made me feel depressed and exhausted. It was as if I had been deliberately poisoning myself.

But finally, on that day she told me the story of the dog, I realized what had been happening. I was as guilty of staying in an abusive relationship as she was. I was doing exactly what I wanted to tell her not to do. Not only had she not been listening to me, I had not been listening to me. I was voluntarily ingesting the poison.

I'm sure the talkaholic found a new host to feed her need for an audience, and never missed me at all.

And my reward was a healthier, more fulfilling life. Poison-free. And a poem.


NO ONE WILL EVER LOVE HIM

No one will ever love him the way his mother did
between her first and second drink,
while they waited for Daddy to come home,
when Daddy still came home
sometimes.

She’d love him with puppy-promises and bicycle-dreams—
a silver-blue one with tassels on the handlebars; a dog named Shep,
and going out for ice cream, maybe, after dinner,
and those trips they'd take into the Bronx, to the zoo
someday.

They only got to the zoo that one time
After Daddy left, and she tried to sneak him in
on a kid’s ticket even though he was a big, fat thirteen-year-old by then.
They were escorted off the property by men in uniforms, after she made
a scene.

He never did get the bike—or the puppy.
Although he dog-sat for the neighbors’ Rottweiler once.
He locked it in the cellar and sat in the silver-blue Barcalounger,
eating Rocky Road, and watching reruns of
Scooby Doo.

For my Poisoning People for Fun and Profit Series, click here.


WHY GRANDMA BOUGHT THAT CAR: stories and verses.

A collection of my previously published stories and poems.

Portraits of rebellious women at various stages of their lives. From aging Betty Jo, who feels so invisible she contemplates robbing a bank, to neglected 10-year-old Maude, who turns to a fantasy Elvis for the love she's denied by her patrician family, to a bloodthirsty teen version of Madam Defarge, these women—young and old—are all rebelling against the stereotypes and traditional roles that hold them back.

Which is, of course, why Grandma bought that car…

"Six short stories featuring women as the main characters, each at a turning point in their lives. Something happens to shake up their world and it will change them forever. Each story featured such well-drawn characters that their perceptions and epiphanies were immediately relatable."...Laura

" I expected funny stories in this book, and certainly the humor is here. I mean, a "head 'em up, move 'em out, Rawhide bra"? Love it! What I didn't expect was the poignant depth and truth depicted in many of the characters. Good stuff."....Linda the Writer

Why Grandma Bought That Car is only 99c at all the Amazons.

Compose Literary Journal is open to submissions. They publish two issues a year, one in the spring and one in the fall. For more information check their Submissions Guidelines.
Posted by Anne R. Allen at 11:34 AM 6 comments: Links to this post