Hemlock (Conium maculatum) is most famous as the poison used to kill the Greek Philosopher Socrates in 399 BC.

He was fed a strong infusion of hemlock by the democratic government of Athens to punish him for "impiety," which modern scholars tend to read as "political infighting."

Hemlock is an especially nasty poison, since it paralyzes the victim first, so they know what is going on but can't speak or move.

It's another deceptively pretty plant, with lacy white flowers that resemble Queen Anne's Lace. It is native to Europe, Western Asia, and North Africa, but can now be found almost everywhere. It thrives in a Mediterranean climate and loves poorly drained ditches, roadways and stream beds.

It's in no way related to the evergreen, coniferous tree that's also called "Hemlock" (Tsuga) which is the only hemlock I knew when I was growing up in New England. Apparently the hemlock tree's needles, when crushed, give off a similar scent to the toxic hemlock shrub.

As a kid, I had a hard time picturing Socrates being forced to eat pine cones.

But now that I live on the Central Coast of California, I see the poisonous type of hemlock everywhere. It grows all over Montana de Oro, the state park that's just up the road from me. Hemlock is flourishing there now, after the winter rains. The plants can reach 3-5 feet in a good, wet year.


I'm thinking of using it in the next Camilla mystery, since hemlock would be so handy now Camilla is staying in the Central Coast area.

Apparently hemlock is a good deal less potent in dried form, but six fresh-cut leaves can kill a person and the fresh seeds and roots are even more toxic. Socrates was probably fed a tea made of an infusion of the roots and leaves.

Hemlock works like another nasty poison, curare, in that it paralyzes the muscles, which eventually leads to paralysis of the lungs and respiratory failure, so the victim dies of suffocation. But death is not quick and drinking hemlock tea only makes a person feel drunk at first. It can take up to 72 hours for the toxins to stop lung function..

This means a victim can be saved if they get to a hospital in time to be put on a ventilator that allows them to breathe. It takes several days on a ventilator for the poison to leave the system.

For more on Hemlock on the Central Coast of California, see this article from The Cambrian by Kathe Tanner.

I haven't used hemlock in a mystery yet, although it does seem to beg to make it into my Central Coast mysteries. I can't think of a mystery novel where hemlock is used. Does anybody out there know of one?

for more of this series:
Part 1: Digitalis
Part 2: Wolfsbane

Only 99c on Amazon this week! 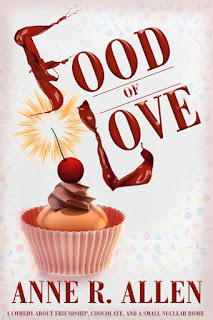