I had a series of weird coincidences happen last Saturday. 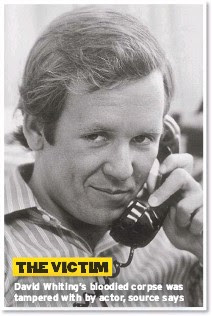 I went to a get-together with neighbors where we tried on Gatsby-era costumes for a party we’re planning. (I live in a great neighborhood.)

When I got home, I found a manuscript in my mailbox from the biographer Jonathan Agronsky, who had contacted me a couple of years ago about my book The Gatsby Game, a novel inspired by one of my college boyfriends, a Gatsby-obsessed Haverford student named David Whiting.

One of the 10 Most Notorious Sex Scandals in Hollywood History

David died under mysterious circumstances during the filming of the Burt Reynolds movie, The Man Who Loved Cat Dancing, in Gila Bend, AZ in 1973. 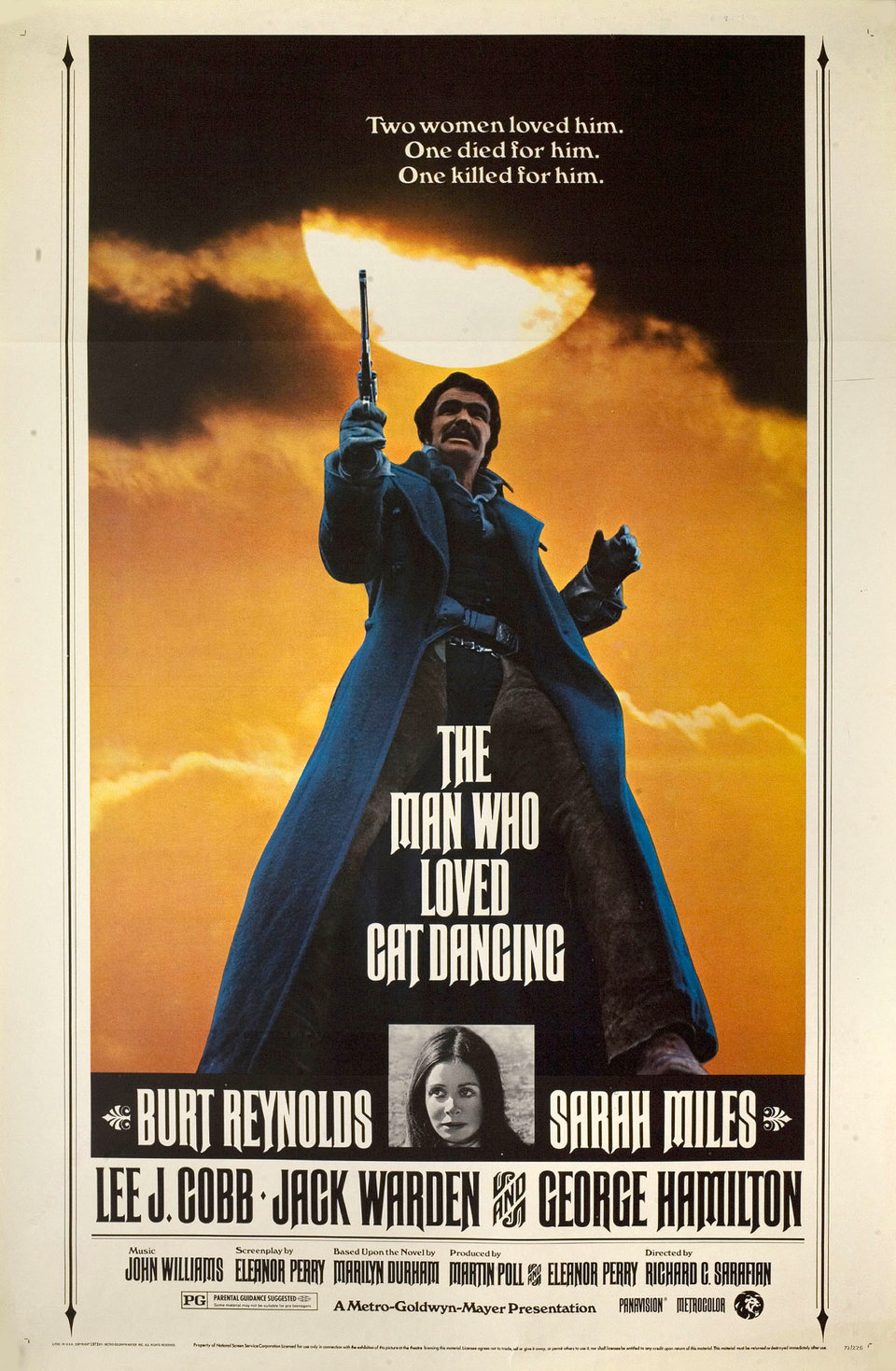 David’s body was found in the motel room of the film’s leading lady, Sarah Miles, which caused what has been called one of the “10 Most Notorious Sex Scandals in Hollywood History.” It destroyed Miles’ marriage and seriously damaged her career.

Rumors that swirled around the news stories of David’s death have refused to die. Although the coroner ruled his death an accidental drug overdose, stories that David was murdered, or committed suicide, or have never gone away.  (The “Notorious Sex Scandals” article says he committed suicide, although that is the least likely of the rumors, IMO.)

This article about that night from AZCentral  has more accurate details.

David Whiting was an odd duck. He was charming and funny in a

way that always seemed touched with tragic undertones. Which appealed to my 19-year-old self. He could be hilarious. And wildly entertaining. He lived his life as if he were a character in an F. Scott Fitzgerald novel. Every date with him was a kind of performance art. He dressed in three piece bespoke suits in the era of tie dye and love beads.

He was constantly quoting Fitzgerald and singing Cole Porter songs. He also told me he identified with Jay Gatsby, because he too was a loner standing on the outside looking into the world of the careless ultra-rich.

Like Jay Gatsby, David created a fantasy world around himself that helped him climb social ladders, but never got him close enough to the top to satisfy him. He once referred to his own social climbing as “playing the Gatsby Game.”

When I decided to write a novel based on David and his mysterious death, I had to call it The Gatsby Game.

I was eager to read Agronsky’s manuscript as soon as I found it in my mailbox, but since I’d been gone all afternoon, I had to check my messages first. 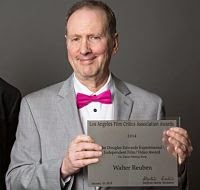 And there I found a note from Walter Reuben, the filmmaker whose movie “The David Whiting Story” won the LA Film Critics prize in 2014.

Walter’s film isn’t so much about David as it is about the frailty of human memory. There was an excellent article about it in the Haverford Alumni magazine in 2015.

And here's Walter Reuben's inspiring interview for this blog from the same year.

But I thought was odd that I heard from Walter within minutes of getting the Agronsky manuscript. Walter wanted to tell me that a tabloid was running a series accusing Burt Reynolds of David Whiting’s murder.

And other gossip sites had picked up on the story.

The Tabloid Accusations Against Burt Reynolds.

The rumor that Burt Reynolds killed David Whiting has refused to die over the past 46 years. Burt Reynolds was a tough guy. He got his start in Hollywood as a stuntman and was known to have a hair-trigger temper. After I published The Gatsby Game, a number of people contacted me to say they were sure Reynolds killed him. 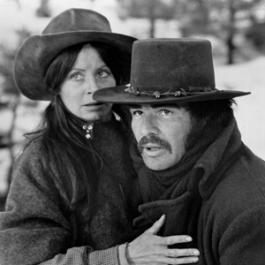 And I suppose that now Mr. Reynolds is no longer with us, the temptation to run the story would have been too much for a tabloid. It is a juicy story. The recent article accuses Reynolds of killing David in a fight over Sarah Miles. There were several reports at the time about some sort of fist fight breaking out between them on the night David died.

The police didn’t pay much attention to that fight in their inquiries. And it’s not impossible that David was injured in an altercation with Reynolds (who was more fit and an experienced fighter.) David might later have died of his injuries.

But I know the situation was a great deal more complicated than the tabloid’s lurid premise that, “RAGING monster Burt Reynolds brutally beat love rival David Whiting to death with his bare hands in a jealous brawl.”

But I don’t think Burt Reynolds killed David. Neither does Jonathan Agronsky. His book, Dying for Love, doesn’t have a publication date yet, but keep an eye out for it. I found it unputdownable, even though I don’t agree with all of his conclusions.

Agronsky talks about those reports from some of the local law enforcement people in Gila Bend who thought that Sarah Miles’ nanny Jane Evans—who was also David’s girlfriend—had killed David. Or at least that she was the one who inflicted the wound that may have resulted in his death.

But if that were true, Agronsky shows the nanny would not have hit David to punish him for dallying with Sarah Miles, but to protect Sarah from David’s violent outbursts.

Agronsky’s book has a lot more information about David’s violent side than I was aware of. The David I knew only vented his aggression passively. He was always Gaslighting me, moving things around while I was gone, so I’d think I was going crazy. But I didn’t take it as aggression at the time. I thought it was more of his performance art—a little obnoxious, but not meant to be unkind.

Later, I realized there was always an undercurrent of belligerence in David's bizarre persona. Reading Agronsky’s book, I understood that better, and saw how that belligerence might indeed have exploded into violence.

But Agronsky finally leans toward the drug overdose theory, and in the end, leaves the conclusion up to the reader.

Did the Nanny Do it?

The premise of The Gatsby Game is that the nanny was not involved in the death of the David Whiting character (whom I call Alistair Milbourne), although she did seem the most obvious suspect.

I'm grateful that there's new interest in David's story, and that this complex, brilliant and troubled young man won't be forgotten.

What about you? Do you think Burt Reynolds killed David? Have you heard about this Hollywood mystery?


"In The Gatsby Game, Anne R. Allen blends a perfect combination of witty, sharp narration, a plot that won't let the reader go, and nuanced characters that evoke our caring. A genre novel that artfully transcends its genre.”- Catherine Ryan Hyde, NYT and Amazon #1 best-selling author 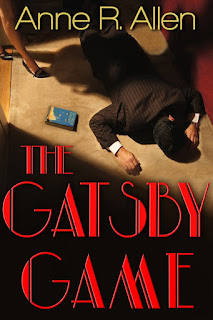 As evidence of murder emerges, Nicky Conway, the smart-mouth nanny, becomes the prime suspect. She’s the only one who knows what happened. But she also knows nobody will ever believe her.

And available in paper on Amazon, and Barnes and Noble