You Lost me at Hello: Ask the Manners Doctor


The Problem with the Naked "Hello" 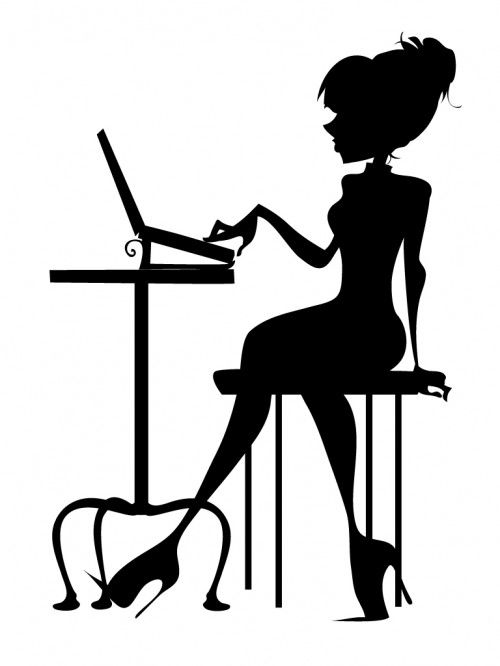 The Manners Doctor, aka Camilla Randall, author of "Good Manners for Bad Times" and "Rx for the Modern Wedding", has agreed to visit this blog once a month to answer some of our questions about online etiquette.

I never know how to respond when some man friends me on Facebook or Instagram and immediately sends a direct message that simply says “Hello”—nothing else.

I used to just ignore these naked “hellos” because they seem creepy, but recently, a man on Instagram called me rude for not responding.

So the next time I got a hello on FB, I asked the man to interact on my page before he sent me a direct message, which I like to reserve for friends and family. He got so mad he sent me eggplant emojis all night long, interspersed with messages like “Goodnight Sweetie” and “Bye-bye Baby.”

I finally got up and blocked him at 4 AM, but when I told my FB friends about it, one woman said I should unblock because it wasn’t his fault. He probably didn’t know how to use his phone and did it all accidentally.

Can the Manners Doctor tell me what I’m doing wrong? Do I owe it to strange men to interact with them on social media?

Divorced but Not Lonely

A. Dear Not Lonely:

No man (or woman) has the right to sexually harass you, online or off.  Facebook and Instagram are not dating sites. The Manners Doctor is quite sure that anyone who is unaware of that fact has either been in a coma for the last twenty years or recently arrived from a galaxy far, far away.

And she doubts that comatose space aliens would know the off-color meaning of the eggplant emoji.

What you call a “naked hello” is the calling card of the scammer.  It is intrinsically manipulative. The speaker offers nothing, but demands something of the recipient. Con artists always count on the good manners of their marks.

Sometimes what seems “rude” in normal circumstances is simple self-preservation when dealing with a con artists.

You were doing exactly the right thing. The person who called you rude was in the wrong. If anybody sends you a “naked hello” (The Manners Doctor is going to appropriate your excellent phrase) do not respond. Then block the sender.

A friend I hadn’t heard from in several years—I’ll call her Sheila—recently sent me a Direct Message on Facebook that simply said “hello.” I was thrilled. We hadn’t parted on good terms, but I figured she wanted to let bygones be bygones and make up.

Because the situation was delicate, instead of sending a reply message, I phoned her.

I was devastated when her husband answered and said Sheila died two months ago. He said I was horribly rude to intrude on his grief when I hadn’t even bothered to show up at the funeral.

Doctor, how can I be called “rude” when I didn’t know anything about the funeral? There was nothing about it on her Facebook page, which hadn’t been updated for nearly five years.

And I still don’t know why I got that “hello” message from Sheila from beyond the grave.

Getting Messages from the Other Side

A. Dear Getting Messages:

The Manners Doctor makes it a point never to criticize anyone’s belief system, but she is quite sure that what you experienced was not a message from the “Other Side.”

One of the most common scams in social media is a “hack” that doesn’t require hacker skills. The scammer simply goes to a Facebook page (they prefer neglected ones like Sheila’s) and skims the person’s friends list. Then they send messages (usually an unadorned “hello”) hoping to get a reply.

Once they’ve convinced the mark that they’re really the friend they’re impersonating, they spin a tale of woe and hit the mark up for a "loan".

This must work on some victims, because these scams are proliferating.

The Manners Doctor advises that no one respond to a naked “hello,” even when it appears to be from a friend.

Do you have any questions for the Manners Doctor? How do you feel about the "naked hello"?

Book of the Month
Start at the Beginning of the Manners Doctor Saga--Only 99c!


Ghostwriters in the Sky is available in e-book at all the Amazons  GooglePlay  Kobo, Scribd and NOOK.

Email ThisBlogThis!Share to TwitterShare to FacebookShare to Pinterest
Labels: Ghostwriters in the Sky, The Camilla Randall Mysteries, The Manners Doctor, The Naked Hello