Everybody knows smoking tobacco is dangerous. It causes lung cancer, heart disease, stroke, and a myriad of other awful diseases.


But smoking tobacco kills slowly. If you wanted to kill somebody with cigarettes, a murderer would have to be patient to the point of pathology.

However, smoking deaths aren’t caused by the nicotine in the tobacco. The body absorbs only about 1 mg of nicotine from smoking a cigarette (That’s a tenth or less of the nicotine actually contained in a cigarette.) It’s the other toxins in the cigarette smoke that do the smokers in, even though it’s nicotine that gets people addicted to the lethal things.

Full disclosure: I smoked for many years. I quit 30 years ago, with a bit of a slip in the early 2000's. But I still sometimes dream that I’m smoking. The last smoking dream I had was about a month ago. In the dream I was sneaking a cigarette outside in the dark and lit the filter end by mistake. It gave off a toxic stench and I stomped it out on the ground. I think that’s a good sign.

Nicotine is a Strong, Fast-Acting Poison


Nicotine rushes to the brain very fast and the body reacts immediately by secreting epinephrine—the same stuff the body naturally produces during times of fear, excitement, and stress.

This gives us a short but powerful adrenaline rush. Heart rate and blood pressure go up, along with the output of glucose. Respiratory rates skyrocket.

The International Program on Chemical Safety (IPCS) says: "Nicotine is one of the most toxic of all poisons and has a rapid onset of action. Apart from local caustic actions, the target organs are the peripheral and central nervous systems."

Nicotine is a plant alkaloid named for a 16th century Frenchman named Jean Nicot de Villemain. He acquired tobacco plants and seeds from the Portuguese colony in Brazil and promoted their use during the 1560s. He managed to get the tobacco plant, Nicotiana tabacum named after him.

Nicotine as a Murder Weapon.


The first documented occurrence of someone using nicotine as a weapon was the 1850 case of the Count and Countess de Bocarme of Belgium, who decided to murder her younger brother, Gustave Fougnies, when Gustave was about to inherit the family money and estate.

The Count was an amateur chemist who mysteriously amassed a large amount of tobacco in the summer of 1850. In November of that year, his young brother-in-law Gustave dropped dead after a dinner his sister had prepared. The couple announced the young man had suffered a fatal stroke.

But the servants were not convinced, especially since Gustave's face appeared to have been burned with a caustic substance.


Because of their barn had been full of those tobacco leaves, the police suspected that the couple might have poisoned Gustave with nicotine, but they had no test to prove it.

They knew that soaking tobacco and boiling down the extract could make a lethal poison, but they couldn't prove it.

That's when Jean Servais Stas, a prominent Belgian chemist, decided to create a test for nicotine, known as the Stas-Otto method.

Soon after, the Count and Countess were charged with murder.

More recently, in 2014, a man named Paul Curry was convicted in Orange County CA of murdering his wife Linda with nicotine—20 years before. It was such an unusual weapon that authorities took that long to build a case (and it would be another four years before he came to trial.)

The medical examiner found it suspicious that Linda, a nonsmoker, had high levels of nicotine in her blood.

Then there was the half-million dollar life insurance policy Paul had received.

But still, the police did not initially suspect foul play.

However after careful examination of the medical evidence, Dr. Neal Benowitz of the University of San Francisco Medical School determined that Linda Curry, first disabled with sleep medication, died within 20 to 30 minutes after being poisoned with nicotine.

There was only one person with her in that time frame—her husband.


Nicotine Poisoning is a Growing Problem in the Age of Vaping


Nicotine poisoning has become much more common since the invention of the e-cigarette. The liquid nicotine in one vaping cartridge contains enough poison to kill a child. Two or three could be lethal for a large adult.

Vape Liquid, or E-Juice, comes in different strengths, depending on the manufacturer. It can be as high as 36 mg or even 42 mg. And you can buy refills in convenient eye-dropper bottles. In flavors like berry, cherry and Candy King. Yum.

It only takes about 60 mg. of nicotine to kill the average-sized person. That would mean smoking 40 cigarettes at once, chewing 15 pieces of nicotine gum, wearing 4-5 patches… or ingesting just 2 doses of e-liquid.

Swallowing e-juice can be fatal. Even getting it on your skin is dangerous. This liquid is highly toxic, but unfortunately, it's not highly regulated.


Many Users Don’t Know the Perils of E-Juice


Unfortunately, the candy-flavored vape juice is a magnet for teens and tweens, whose ability to make rational decisions may not have entirely matured.

In researching the hazards of nicotine poisoning from vaping, I found a number of forums where teens discussed their concerns about poisoning.

Some of their comments were hair-raising.

One young man was understandably worried because his vape pen had leaked and he’d swallowed some of the liquid. He wrote in the forum to ask for advice. 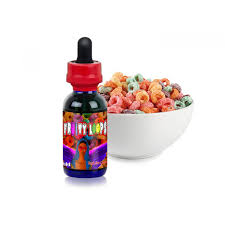 His charming fellow vapers called him a “pussy” and shamed him for worrying and told him not to call the poison hotline.

One vaper claimed he drank “e-juice” all the time with no ill effects.

Another claimed to be immune to the caustic burns other humans get from the liquid. He bragged he’d felt nothing after a broken vape pen in his pocket leaked e-juice down his pants. He called the worried young man "a stupid hippy" for fearing the caustic poison.

I wanted to jump in and tell the kid: If you listen to this troll, you'll burn off your face. Please be a "stupid hippy!"

Maybe the trolls were lying, or maybe they’d only had a drop or two of the liquid. (Although even a drop can burn most people’s skin.)

It’s true they would have to drink at least 10 ml of vape juice to actually kill themselves. They might not even die from that amount, but if they survived, their heart and arteries would be permanently damaged.

If they're not lying, the Dumb and Dumberer folks in that forum aren’t long for this world.  The government is trying to put the brakes on the marketing of this stuff to teens, but they’re fighting an uphill battle.

$10 for a Lethal Dose of Liquid Nicotine.


Not only is vape juice easy to get, but there are many websites that tell you how to make your own vaping concoctions.

They link to sites where can buy liquid nicotine for the DYI e-juice for only about $10 for 60mg, the lethal dose. Very handy for those villains planning a budget murder (although you might want to swing for 2 bottles just to make sure.)

The only obstacle to the perfect nicotine murder is the taste. Apparently it’s awful. This is why e-juice is so heavily flavored.


There are also the tell-tale caustic burns around the mouth you'd have to explain away. Maybe in a murder mystery, the fictional victim could be shown eating a very hot pizza—you know the kind that seems cool enough on the top, but has that hot cheese underneath that burns the roof of your mouth. Well, that's a stretch...

Early symptoms (15 minutes to an hour.)


When to Get Help for Nicotine Poisoning


In spite of what Dumb and Dumberer said in that forum, you want to call the American Association of Poison Control Center at 800-222-1222 right away if you suspect an overdose or when someone, especially a child or pet:

And if the person who is poisoned can't wake up, has a hard time breathing, or has a seizure, call 911.

Here's a list of all the poisons in this series

ONLY 99C AT AMAZON FOR A LIMITED TIME!

THE LADY OF THE LAKEWOOD DINER is a comedy that pokes fun at the myth of a Golden Age, making parallels between the Grail legend and the self-mythologizing of the Baby Boomer Generation.

Someone has shot aging bad-girl rocker Morgan Le Fay and threatens to finish the job. Is it fans of her legendary dead rock-god husband, Merlin? Or is the secret buried in her childhood hometown of Avalon, Maine?

Morgan's childhood best friend Dodie, the no-nonsense owner of a dilapidated diner, may be the only one who knows the dark secret that can save Morgan's life. And both women may find that love really is better the second time around. Think Beaches meets Fried Green Tomatoes at the Whistle Stop Cafe.

"A page turning, easily readable, arrestingly honest novel which will keep you laughing at yourself. Who doesn't remember crashing on a mattress at a friend's apartment with the stereo blasting Iron Butterfly and no idea where you'll stay the next night? A cultural masterpiece for the discerning reader."...Kathleen Keena, author of Adolescent Depression, Outside/In

The Lady of the Lakewood Diner is only 99c until September 30th, 2018 at all the Amazons

Email ThisBlogThis!Share to TwitterShare to FacebookShare to Pinterest
Labels: liquid nicotine, nicotine poisoning, The Lady of the Lakewood Diner, vaping