Thallium is especially popular with evil assassins since it is colorless, odorless, tasteless, slow acting, and its symptoms can be mistaken for a wide range of other illnesses. Poisoners can slip it to their victims and make a clean getaway before anything is suspected.

People can be poisoned by ingestion, inhalation, injection or even simply by touch. The touch thing makes it awfully easy to administer. 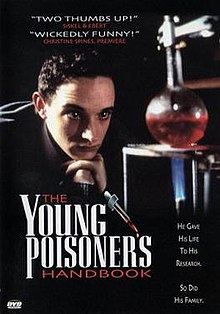 That may be why it's called the "Poisoner's Poison."

It is a metal: a chemical element with symbol Tl. It is a bluish metal that oxidizes to gray and resembles tin. It is only found in trace amounts in nature.

It was discovered by two chemists independently in 1861 as a byproduct of sulfuric acid production. It emits a green color when produced, and the name "Thallium" comes from the Greek meaning "green twig or shoot."

It has been a murder weapon of choice in many classic mysteries.

Agatha Christie used it in her 1961 mystery The Pale Horse, one of her Ariadne Oliver novels.

In 1977, a nurse named Marsha Maitland was able to diagnose a sick child who had been accidentally poisoned with a pesticide poisoning containing thallium. The child's disease was a mystery to her doctors, but Nurse Maitland had been reading The Pale Horse and correctly diagnosed thallium poisoning and saved the child's life.

Don't ever let anybody tell you that reading mysteries is a waste of time. 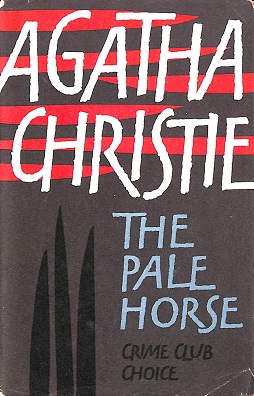 The first telltale symptom of thallium poisoning is hair loss, followed by damage to peripheral nerves, which can give the victims the feeling of walking on hot coals.

It used to be a more common household item than it is now, since thallium sulfate was used as a rat and ant poison from the late 19th to mid-20th century. It was banned for use as a pesticide in the US in 1975 and has not been produced in the United States since 1984, but is imported for use in the manufacture of electronics, low temperature thermometers, optical lenses, and imitation precious jewels. It also has use in some chemical reactions and medical procedures.


In the 1950s, especially in Australia, there was a spate of murders that became known as the "Thallium Craze". It was chronicled in a 2011 documentary Recipe for Murder Between 1952 and 1953, five women in different parts of Sydney were convicted of poisoning over a dozen family members with thallium. The city had a serious rat problem at the time and the poison was readily available at any market.

In 1971, a man named Graham Frederick Young, known as "The Teacup Murderer" poisoned 71 people in a village in Hertfordshire, mainly with thallium. A film was made about him in 1995 called The Young Poisoner's Handbook.

In 1988, a family in Florida was murdered by a neighbor, who served them Coca Cola laced with thallium.

Thallium continues to be popular with bad guys all over the world.

Saddam Hussein was said to have poisoned dissidents with thallium before "allowing" them to leave the country. Because it is slow-acting, they would die soon after arriving on foreign soil, so he could claim no culpability in their deaths.

In 2007, American citizens Marina and Yana Kovalevsky were poisoned with thallium while visiting their native Russia. In fact, Thallium seems to be one of Russia's favored ways of dealing with dissidents, and anybody else they don't happen to like that day.

And as most journalists in Russia know, publishing anything the Kremlin disapproves of often results in a mysterious deaths due to "unknown causes." Thallium is often suspected. But never proved, because, hey, they're in Russia.


Thallium is also Popular in Fiction.


Besides the famous Agatha Christie novel, The Pale Horse, many classic mysteries make use of thallium.

I think I first ran into it in Ngaio Marsh's 1947 novel Final Curtain, where a thallium compound meant to combat lice is substituted for the victim's heart medicine. 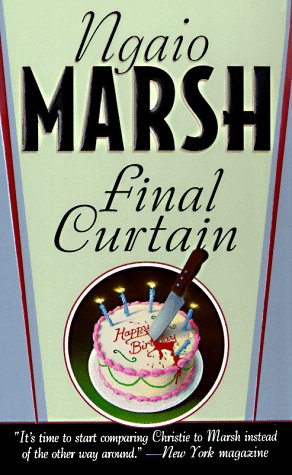 And it's still quite popular in film and TV scripts today.

In the 2015 James Bond film SPECTRE, the bad guys kill Mr. White by coating his cell phone with thallium.

In the NCIS episode "Dead Man Walking" a man is killed with thallium-laced cigars.

In Season Three of Royal Pains, the Larson brothers' mysterious benefactor, Boris, is poisoned with thallium in his pool water.


According the the Center for Disease Control, the antidote to thallium poisoning by ingestion is Prussian Blue, a synthetic iron compound (yes, the one used for painting) which binds to the thallium in the intestinal tract and removes it.

If someone has inhaled it, oxygen needs to be administered ASAP.

What about you, readers? Have you read any mysteries or thrillers recently where thallium plays a part? Have you used it in your own work? Have you heard of any other incidents where a novel provided the diagnosis that saved a life?


NOTE: I have been having way too much fun with this blog, so I am going to have to back off to once-a-month posts while I work on my already-overdue WIP, Camilla #6, which has the working title THE QUEEN OF STAVES. I promise there will be poisons.

Meanwhile, you can always find me at my other blog, AnneRAllen.com, where I hang out with NYT million-seller Ruth Harris.

This week you can enjoy the first three Camilla comedies for only 99c or the equivalent in all Amazon stores.

1) Ghostwriters in the Sky—set in NYC and Santa Ynez, CA
2) Sherwood Ltd—set in San Francisco and the English Midlands.
3) The Best Revenge (the Prequel)—set in 1980s NYC and San Diego 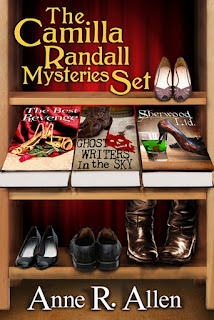 Perennially down-and-out socialite Camilla Randall is a magnet for murder, mayhem and Mr. Wrong, but she always solves the mystery in her quirky, but oh-so-polite way. Usually with more than a little help from her gay best friend, Plantagenet Smith.
Posted by Anne R. Allen at 10:56 AM

Email ThisBlogThis!Share to TwitterShare to FacebookShare to Pinterest
Labels: Recipe for Murder, Thallium, The Pale Horse, The Thallium Craze, The Young Poisoner's Handbook